My wife and I were recently shopping for our first home. Here’s what we did: Rather than look online, we started out by driving around different neighborhoods. There were several neighborhoods we liked. I have my roots in South Beach while Rebecca has hers in Annadale. Aside from those areas, I’ve always liked Westerleigh and Rebecca has always liked Travis.

The idea of Travis sounded great and I began to think, “Wouldn’t it be nice to cut down the time to commute to work in half?” Travis is a 5-minute drive from my office and I could walk it in 20 minutes. So my wife and I drove through Travis a few times and we eventually found a house we loved. Now that we’re slowly moving in, I’m getting to know this largely underrated neighborhood. Here are some of the things I like about Travis:

People are friendly here and I get the feeling that everyone is likely to know most of their neighbors. We aren’t even fully moved in yet and our neighbors on both sides have already been very welcoming.

Due to its somewhat sparse population, Travis is quiet and relaxed. The 2010 census recorded a population of 2,953 people living in Travis. I’m already looking forward to reading a good book on my porch or backyard deck. Have a book recommendation? Let me know here.

3. Proximity to basically everything in Travis, Staten Island

While Travis appears to be one of the most isolated neighborhoods in Staten Island, it’s a really great location. There are so many parks, stores, and restaurants, and the Staten Island Mall is a stone’s throw away. In addition, whether your commute is to Brooklyn or New Jersey, Travis is close to the Staten Island Expressway, making travel a breeze. Since I sometimes have closings in Brooklyn, this proximity to major roadways was a plus for me.

Travis is one of the oldest neighborhoods in Staten Island; it has a rich heritage and history that stretches back to pre-revolutionary America. One of the things that I found interesting was that the Battle of Staten Island was fought here. On August 22, 1777, Major General John Sullivan saw that the British were coming! They were making their way to Staten Island and putting them in a vulnerable position. Commanding General George Washington asked him to reinforce his troops and travel to Philly to support a planned attack. But the dissident Major General Sullivan took matters into his own hands and launched a preemptive attack. The result? The British won that battle. Sullivan was accused of mismanaging the expedition but was exonerated.

You’ve probably heard about Travis’s colorful and exciting annual Independence Day parade. Did you know that it is one of the oldest 4th of July parades in the country?

Photo by Robbie Noble on Unsplash

Five things to do in Travis, Staten Island this Fall

Travis may assume a relaxed and laid back feel, but it’s far from being boring. Here are five things you may want to do to make fall in Travis much more interesting;

Like the rest of Staten Island, there will always be something for everyone in Travis. The neighborhood is family-friendly, pet-friendly, and safe. If you’re contemplating moving here and would like to know more about the Travis neighborhood from my personal experience, drop me a line.

This information, based on New York law, was provided courtesy of The Law Office of Christopher J. Arrigali, P.C.  It is intended to inform, not to advise. No one should try to interpret or apply any law without the assistance of legal counsel. 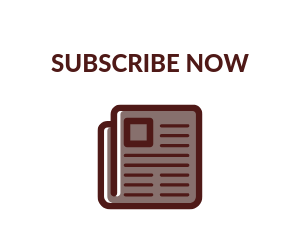