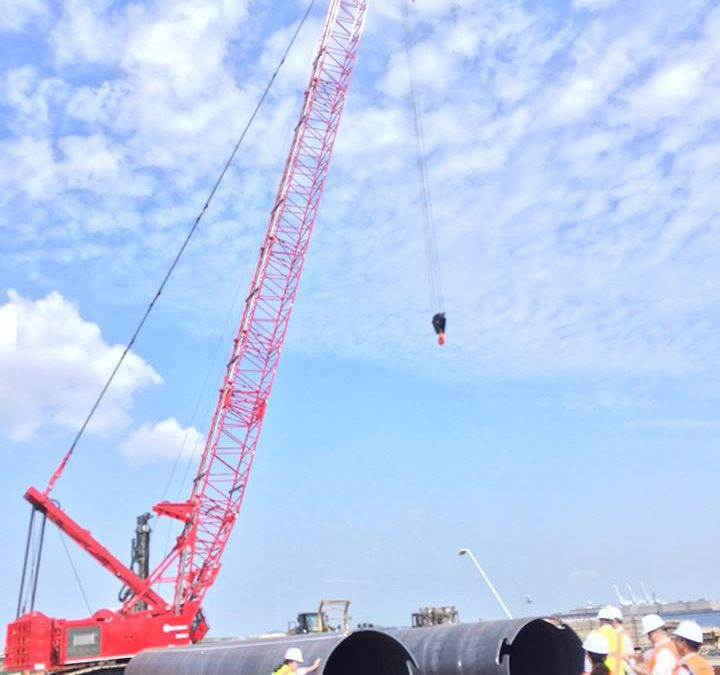 You may have noticed on your way through Staten Island’s North Shore: construction of the New York Wheel has begun.

The wheel will cost $500 million (although if you had to bet the Under/Over on the final cost, which way would you go?)

The wheel will be 630 feet tall and is scheduled to open for visitors in 2017 (although if you had to bet the Under/Over on opening date, which way would you go?)

Whenever the wheel does open, at whatever cost, it will be immense.  A total of 1,400 passengers at a time will be able to ride the wheel, taking in large swathes of New York City and New Jersey.  Each ride will take a slow 38 minutes, wow.

The project is back in the public review process due to proposed changes to the plan approved by New York City in 2013.  The changes include a reduction in the size of the terminal building for the Wheel, alterations to the parking garage, elimination of a reflection pond, and additional sustainable energy infrastructure.  You can see an entire list here.

The most recent step in the process was a public hearing held on September 9.  Opposition to the changes appear to be a mere formality at this point.

Whether you think the proposed changes are cosmetic or more substantial, as a Staten Island real estate lawyer, I look at the positives and see them unchanged for our borough.  Here is what I see:

(Check out one of my previous posts about the New York Wheel here.)